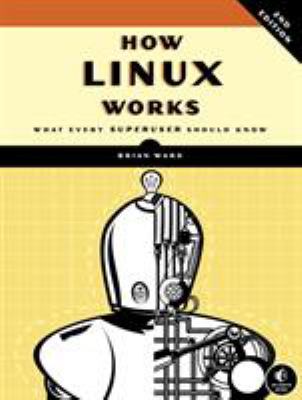 Are you a system administrator looking to gain a better, more complete understanding of the core concepts and inner workings of the Linux operating system? If so, do yourself, your system and your users a favor and check out Brian Ward’s How Linux Works, Second Edition.

Unlike other operating systems such as Microsoft Windows and MacOS, Linux offers superusers complete control of their systems - provided they possess adequate knowledge and skills. In order to truly master Linux, users must understand its internals - the role of the kernel, how the system boots, networking fundamentals, among other essentials.

How Linux Works is a fairly basic, yet highly comprehensive hands-on reference that is perfect for any inquisitive Linux user hoping to learn more about the concepts behind the inner workings of the operating system. Although it was published five years ago, the information in this book is still entirely relevant and up-to-date. How Linux Works provides a solid overview of the “nuts and bolts” of how Linux operates, without complicating things with an unnecessary level of detail. This one-of-a-kind handbook is a valuable compilation of years worth of knowledge gained through experience - saving readers the lost time and headaches associated with learning “the hard way” from problems and mistakes.

How Linux Works contains information and advice on fundamental concepts including:

As a writer, I have learned firsthand that it is often far more difficult to clearly and succinctly summarize a broad topic than it is to cover the topic in detail. The first chapter of How Linux Works, titled “The Big Picture”, does a notable job of providing a concise overview of the core components of the Linux operating system - hardware, the kernel, user space, users - in a mere ten pages.

Ward then dives into more specifics, beginning with the basics. Chapter Two reviews basic commands that every Linux user should be familiar with, and then moves on to providing tips and advice for navigating directories, command-line editing, understanding error messages and running commands as a Superuser. Ward concludes this section with some honest words of encouragement: “You may not yet know much about the internal details of user-space components or what goes on in the kernel, but with the basics of files and processes under your belt, you’re on your way.”

In the following chapters, Ward explores a wide array of topics including devices, disks and filesystems, how the Linux kernel boots and how user space starts, followed by a review of system configuration, processes and resource utilization.

Chapters Nine and Ten examine network configuration, applications and services - starting with the basics and then building upon them with a series of helpful examples, diagrams and explanations. When reading this chapter, I found Ward’s description of the various networks layers to be especially valuable. As someone looking to gain a better understanding of the concepts and principles behind networks and how they are set up, Ward’s description of the layers that comprise a network stack provided exactly the lesson that I needed. I now feel like I have a solid base of knowledge on this critical topic. Ward reinforces the significance of this chapter: “It’s important to understand the structure of a network stack because your data must travel through these layers at least twice before it reaches a program at its destination.” Figure 9-1 does an excellent job of illustrating this concept for the visual learner.

The following chapters address other core concepts for the Linux Superuser such as shell scripts, user environments, the Linux desktop and notable tools for the Linux developer. I found the concluding chapter of How Linux Works, titled “Building on the Basics”, to be extremely relevant and interesting. Ward does a fantastic job of tying everything together and putting the content provided in the previous sixteen chapters into context, exploring various real-world applications where Linux excels including web servers, databases, virtualization, embedded systems and distributed and on-demand computing.

A unique compilation of thorough explanations, real-world examples, background and theory, Ward’s How Linux Works is an all-in-one guide that will equip you with everything you need to know to take control of your system, protect your users and recognize long-term administrative success.

Have you read Brian Ward’s How Linux Works? If so, we’d love to hear your thoughts in the Comments section below - let’s have a discussion!