Election hackers likely targeted 50 states in 2016. The states will...

Election hackers likely targeted 50 states in 2016. The states will be watching this time around. 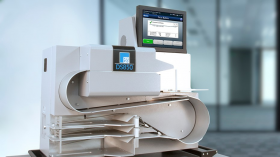 Did you know that in 2020, all state voter databases will be protected by sensors that alert the federal government to hacking attempts?

Every state in the US was likely targeted in some way by Russian hackers in 2016, according to aSenate Intelligence Committee reportreleased on Thursday that spotlighted numerous failures on the part of the American government. The targets varied widely, from county websites to voter databases. There is no evidence the activity resulted in any data or votes changed.

The Senate report, which reinforces some conclusions American officials had drawn as early as 2016, warns that the targeting signals a broad effort from Russia and is a worrisome threat.

The link for this article located at MIT Technology Review is no longer available.