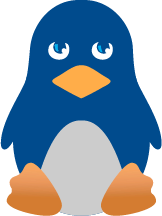 Having a great defense involves proper detection and recognition of an attack. In our security world we have great IDS tools to properly recognize when we are being attacked as well as firewalls to prevent such attacks from happening. However, certain attacks are not blindly thrown at you - a good attacker knows that a certain amount of reconnaissance and knowledge about your defenses greatly increases the chances of a successful attack. How would you know if someone is scanning your defenses? Is there any way to properly respond to such scans? You bet there is...