Most of us are familiar with Microsoft Windows or macOS - these OSes dominate the personal computing space. But the OS that is taking over the world isn’t owned by Microsoft, Apple, or any tech company for that matter.

In fact, the most popular OS in the world today isn’t owned by anyone. It’s the completely open-source Linux operating system.

While Linux-based systems are generally considered to be more resistant to cyberattacks and cybercrime, they are not completely invulnerable to a determined intruder. Encryption is one of the most effective and widely used methods of securing senstive information from unauthorized parties.

This article will introduce five of our favorite file and disk encryption tools to keep your important enterprise information safe from prying cybercriminals.

Why Is Linux A Great OS for the Enterprise?

What makes Linux such an appealing OS for enterprise purposes is its open-source nature.

Unlike proprietary software such as Microsoft’s server solutions which have high licensing fees, Linux is freely available to anyone. More importantly, Linux’s core components can be easily edited, swapped out, or totally replaced by a user with the appropriate skills. This makes Linux amazingly customizable and adaptable to different businesses' needs and requirements.

The benefits of employing a Linux-based distribution include:

Many IT and cybersecurity experts consider Linux to be the safest, most secure operating system available to the world today.

Because Linux is open-source, anyone can review it and ensure that there are no bugs or exploitable backdoors built into the OS. The same cannot be said of proprietary operating systems such as Microsoft’s Windows or Apple’s macOS platforms.

While both Microsoft and Apple may have a large team of well-resourced, professional developers working on security issues, no team of coders can compare to the sheer number of Linux user-developers around the world.

Linux comes in various forms and packages from Ubuntu to Debian to Gentoo just to name a few. Because Linux comes in so many different flavors and segmented audiences, it is much more difficult for a cybercriminal to develop a single, effective virus or piece of malware that can affect many users.

Proprietary competitors, on the other hand, come in just one or two flavors. Windows, for example, is a prime example of this “monoculture effect”. It is much more profitable, and therefore attractive, for hackers or criminal organizations to develop an attack against Windows, which has a comparably much, much larger user base running identical OSes.

7-Zip offers strong command line encryption on Linux. Many people are familiar with 7-Zip as an archiving and zipping utility. However, for Linux user-developers, 7-Zip also offers a suite of robust encryption tools intended to keep your data safe and secure.

Find out more about how to encrypt files and data with 7-Zip on your Linux distribution.

Tomb is an excellent, easy-to-use, and minimalist command line encryption tool popular among Linux user-developers. Like Linux itself, Tomb is also totally free and open-source.

One of the primary features of Tomb is its ability to generate encrypted storage vaults to be opened and closed using a password chosen by the user. These so-called “tombs” are like a locked folder that can be safely transported and hidden in a filesystem away from malicious users. Unfortunately, Tomb does not have a graphical user interface (GUI) and relies on command line input in order to function.

Cryptmount allows users to not only protect important file systems information but also swap system space. Multiple encrypted file systems can be “mounted”, or made active, or “unmounted”, or deactivated, depending on the users’ immediate needs. This is particularly useful when you want to work in an encrypted environment without having to mess around with your system’s inbuilt partitions.

Like the other disk encryption tools above, Cryptmount relies on passphrases to maintain operational security. A strong passphrase will go a long way towards rebuffing cyberattacks and hacking attempts.

Learn more about how to protect filesystems with Cryptmount.

GnuPG is popular among journalists who use the tool to encrypt important documents and protect the identities of their sources.

Dm-crypt is great for encrypting entire disks of information, including removable media such as USB sticks, internal OS partitions, as well as individual files. In fact, some Linux distributions even allow Dm-crypt to encrypt and secure root system files. Because Dm-crypt only deals with transparent encryption of block devices, it is much more flexible than other encryption tools.

Learn more about how to encrypt a Linux file system with Dm-crypt.

While Linux users enjoy built-in security and privacy as a result of the OS’s open-source nature, architectural diversity and strict user privilege model, this doesn’t mean that your files are safe in the event that your Linux system gets hacked! If you want to keep your sensitive data private, try out one of the awesome file and disk encryption tools for Linux covered in this article and let us know what you think on Twitter. 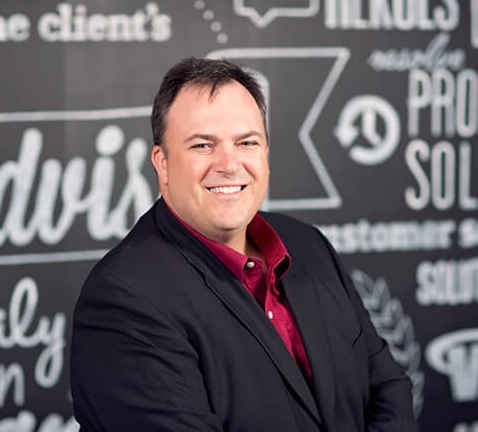 Stephen Wright is the founder and CEO of Wright Business Technologies. He is responsible for the overall success of the company, clients, employees, and vendor partners who support the business. Stephen graduated from Texas Tech University with a degree in business management and established Wright Business Technologies in 1992. He later earned his MBA, also from Texas Tech University.