Ethical hacking is analyzing a system without permission to try and discover vulnerabilities that hackers can use.

On the other hand, penetration testing attempts to hack a particular system or network for ethical reasons. The importance of ethical hacking is determined primarily by its ability to prevent cyberattacks before they happen, as this decreases the risk of an attack.

What is Ethical Hacking?

There are many different types of ethical hacking, including penetration testing, vulnerability assessment, and red teaming. Penetration testing is the most common type of ethical hacking. It involves trying to breach security measures on a system using various techniques such as social engineering and password cracking. Vulnerability assessment is often used to find existing vulnerabilities in a system, while red teaming tests how well a company's security measures defend against attacks from outsiders. You can learn all the skills of an ethical hacker by enrolling in the ethical hacking certification course.

Although ethical hacking can be a fun and exciting process, it is essential to take precautions when conducting it. Always use caution when entering any system, you do not have access to, and always remember that cybersecurity is everyone's responsibility.

The Role of an Ethical Hacker

Ethical hackers use their hacking skills to help companies and organizations improve the security of their systems. They either work independently or as part of a team and usually have a computer science or information technology background.

Ethical hackers use various techniques to identify systems' weaknesses and protect data. In addition to penetration testing, they also may attempt to trick employees into revealing sensitive data, test whether laptops and mobile devices are being properly stored and protected, and explore all possible ways a malicious hacker may try to exploit an organization. An ethical hacker’s job is to approach and replicate the methods, tactics and techniques of a malicious hacker, but stop short of actually following through on an attack.

Ethical hackers may employ some or all of the following strategies to find vulnerabilities:

Ethical hackers report any vulnerabilities or concerns and work with a company or organization to fix any security vulnerabilities or address any issues they have identified. They may also provide advice on how to improve system security overall. Ethical hackers are legally required to report any issues they find since this is privileged information that could be used for illegal purposes. It should be noted that even the most sophisticated ethical hacking skills are wasted if the organization fails to adequately respond to any of the problems or weaknesses that are found and reported.

While a hacker was once defined as a person skilled in information technology who uses their technical knowledge to achieve a goal or overcome an obstacle, the definition of hacking has evolved over the years.

Today, hacking refers to the act of compromising digital devices and networks through unauthorized access to an account or computer system. Hacking is not always a malicious act, but it is most commonly associated with illegal activity and data theft by cybercriminals.

Both malicious and ethical hackers are becoming increasingly sophisticated in the methods, tactics and techniques they employ to obtain sensitive information and go completely unnoticed by cybersecurity software and IT teams. Modern hacking is a multibillion-dollar industry, and plays a critical role in finding and fixing vulnerabilities before they are exploited by malicious actors.

What is Ethical Hacking?

Ethical hacking is a form of hacking that involves detecting vulnerabilities in an application, system, or organization’s infrastructure, and bypassing the system security in place to identify potential data breaches and threats in a network before they are exploited and cause harm. Ethical hackers check for key vulnerabilities that include but are not limited to:

Ethical hackers use various techniques to achieve this goal, such as penetration testing, vulnerability scanning, and red teaming. They collect and analyze the information they gather to determine how to strengthen the security of the system, network, or application so it can better withstand attacks or divert them.

How Do Hackers Establish a Connection to the Network?

There are many ways a hacker can establish a connection to the network. Some of the most common ways that hackers sneak past security to infiltrate business networks include:

By rapidly scanning through billions of IP combinations, hackers search for a weakly secured IP address and then make a connection once one is found. This allows them to invade an organization’s network using the digital address of one of their machines. Exploiting weak IP addresses is perhaps the easiest way for hackers to quickly identify weakly secured networks to hack.

Email phishing scams typically masquerade as a legitimate mass email from a trusted authority or organization. The email will ask readers to click a malicious link and verify account data like login credentials. Once the data has been handed over, hackers have access to the account information they need to further infiltrate the network.

While downloading an unreputable free software solution or going with a really cheap and unknown option might sound like a good idea, you’re putting your network at serious risk by doing so. These sub-par solutions could enable backers to access your network to obtain sensitive information or install viruses.

Hackers frequently exploit vulnerable, unpatched software to infiltrate the target network. This is why delaying patching or failure to patch software altogether is so dangerous. It is critical that admins and IT teams track security advisories and apply patches as soon as they are released.

People too often rely on default passwords that are easy to look up, or easy to guess options like password123. These weakly designed passwords make it easier for hackers to gain access to accounts.

Ethical Hacks and Ethics in Hacking 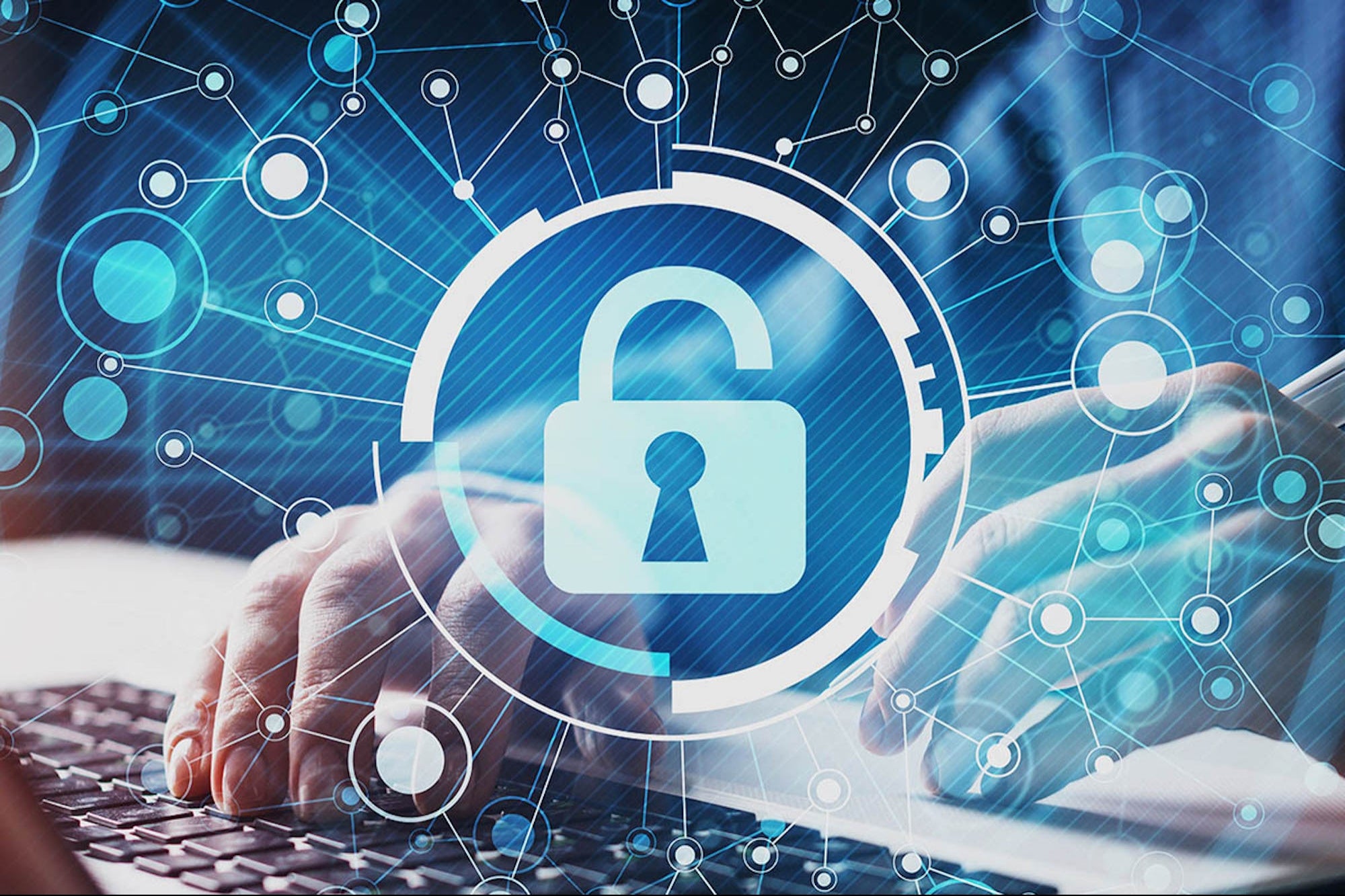 The ethical hacker must adhere to a set of principles called the Ethical Hacking Principles of Practice (EHP). These principles are designed to help the ethical hacker abide by the laws and regulations governing their activity, protect the privacy of individuals involved, respect intellectual property rights, and avoid causing harm.

There are several ways to do ethical hacking. One way is to use penetration testing tools such as Nessus or Acunetix. These tools allow you to scan for vulnerabilities in systems and test how well they are protected. Use vulnerability assessment tools such as HP OpenView's Vulnerability Assessment Services (VAS) or NIST's National Institute of Standards and Technology (NIST) Special Publication 800-53 Revision 3 Security Testing Guidelines for Federal Information Systems.

Another way to do ethical hacking is to use manual methods such as scanning networks for open ports or checking whether users have proper permissions. You can also use social engineering attacks to try and get users to reveal sensitive information. Finally, you can use spoofing techniques to make it look like someone else is trying to attack a system.

While ethical hacking is often rewarding, there is also a risk of contracting malicious hackers who may want to harm your system. It would be best if you always took precautions, such as using a firewall and updating your software, to protect yourself. 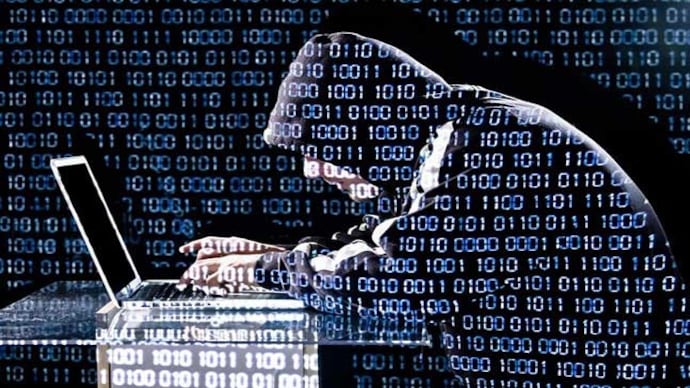 There are a few ethical hacking tools that can be used for conducting penetration tests and debugging systems. Some popular tools include:

These are just a few ethical hacking tools that can be used for penetration testing and security research. Each tool has its strengths and weaknesses, so it is vital to choose one that will fit the specific needs of the investigation.

Difference Between Ethical and Malicious Hackers

Ethical hackers are individuals who use their technical skills to identify and examine issues in computer systems. Malicious hackers, on the other hand, engage in attacks against other people or organizations with the intent of causing harm. Businesses typically hire ethical hackers to help them identify vulnerabilities in their networks and systems. On the other hand, malicious hackers often work for criminal organizations or governments who use their hacking abilities for illegal purposes, such as stealing information or disrupting operations.

If you’re interested in ethical hacking, BlackHat USA and Defcon are two renowned hacking and cybersecurity conferences you should know about. Held in Las Vegas each year, these conferences feature briefings and trainings taught by experts from around the globe, providing offensive and defensive hackers of all levels with invaluable opportunities for firsthand technical skill-building, as well as the opportunity to partake in cybersecurity challenges and competitions (known as hacking “wargames”).

Learn about the highlights, key findings and notable trends from BlackHat USA 2022 and DEFCON 30 in exclusive LinuxSecurity coverage of this year’s events.

How can I be an ethical hacker?

Even if you already have a background in cyber security, it is hard to stay up to date even if you are an ethical hacker. There are many resources online, but many are wrong and outdated.

Should I learn to hack?

An estimated 1.8 million cybersecurity jobs will go unfilled by 2022, representing a rapidly growing rate of growth for cybersecurity careers. If you are proficient in ethical hacking, you will have a greater chance of getting a job in cyber security. Aside from that, there is a considerable shortage of qualified cybersecurity professionals due to increased demand for their services.

How long will it take to become a hacker?

It may take anywhere between 18 months and six years for a person to be fully proficient in ethical hacking. It will probably take you longer to learn hacking and coding if you have no prior experience in hacking or programming.

If you are looking to obtain your Certified Ethical Hacker (CEH) qualification, you must have two years of relevant information security work experience and pass a four-hour exam consisting of 125 multiple-choice questions. This certificate remains valid for three years.

Is becoming a hacker hard?

This question can be answered in a few short words: almost anyone can learn how to hack a computer. As a result, there is a longer answer to this question. To summarize, it is a good choice for people who are energetic and enthusiastic about challenging activities and who have particular backgrounds and personality types. These learning environments would be most suitable for people familiar with programming languages and have a baseline vocabulary upon which they can base their material.

Ethical hacking is the process of testing a network or system for vulnerabilities. Although it can be gratifying, it can also be quite challenging. To do ethical hacking effectively, you need to understand computer security and malicious behavior. This article will provide the basics to start practicing ethical hacking responsibly. The next step is to take part in an ethical hacking certification course that can help a person learn the essential tools and hacking skills in no time, with practical experiments that help them hone their skills.