With hundreds of thousands of open-source projects underway, it’s easy to say that open source has become a standard in software development. And when talking about open source, the first development environment that comes to mind is, of course, Linux. Halfway through 2020, around 50% of software developers say they use the Linux operating system (OS) for their projects.

One of the factors contributing to Linux’s popularity is security, which is among the most attractive features of blockchain, a strategic technology trend we’ve seen in the past few years.

Because of the level of security that blockchain offers, as well as its decentralized nature, incorporating this technology into a wide range of industries holds significant promise.

As such, it only makes sense that developers explore blockchain use within the Linux environment. In this article, we delve into five open-source blockchain technologies for Linux. But first, let’s examine what blockchain is and how this technology works, and take a look at how the application of blockchain has evolved over the years.

Blockchain is the record-keeping technology behind the Bitcoin network. In this context, the words “block” and “chain” describe digital information (the “block”) stored in a public database (the “chain”). Blockchain refers to multiple blocks strung together. In order for a block to be added to the blockchain, a series of criteria must be met: a transaction has to occur and be verified and that transaction must be stored in a block and given a unique identification code known as a “hash”. Once a block is added to the blockchain, it becomes publicly available for anyone to view.

Blockchain technology is designed to be highly secure, accounting for potential security issues in several ways. First, new blocks are always stored linearly and chronologically. Because each block contains its own hash as well as the hash of the block before it, it is very difficult for malicious actors to edit the contents of a block. In order to change a single block, they would have to change every single block after it in the blockchain - a virtually impossible task.

Blockchain addresses the issue of trust by implementing tests called “consensus models” for computers looking to join and add blocks to the chain. These consensus models require users to “prove” themselves before they are allowed to participate in a blockchain network. One of the most popular testing methods employed is known as “proof of work”, where computers must prove that they have done “work” by solving a complex computational math problem before they are permitted to add a block to the blockchain.

A Brief Overview of the Evolution of Blockchain

Blockchain has come a long way since the genesis block transaction in 2009. It was initially launched to create a decentralized version of the financial sector, particularly in transferring funds from one person’s account to another without a middle man (and, therefore, without transaction fees).

These days, however, blockchain is being studied for a myriad of different applications outside of finance. We previously mentioned the healthcare industry, which blockchain can provide great benefit to in terms of patient data management, clinical trials and drug traceability.

Blockchain could also prove to be a game-changer in the agriculture sector. For one, the blockchain ledger allows farmers to create accurate documentation and reports, which could prevent illegal food trade that costs farmers around US$40 billion a year.

The music industry could also benefit significantly from turning to blockchain technology. With the help of blockchain, artists may not have to contend with the hefty commissions that go-betweens take. With blockchain, revenues from a song could easily be divided among those who have royalty rights - and every transaction would be transparent.

Finally, blockchain could potentially help the cybersecurity industry in their never-ending fight against distributed denial-of-service (DDoS) attacks. Leveraging blockchain technology is like fighting fire with fire— its decentralized nature could defend against decentralized DDoS attacks.

To fully explore the wide range of possibilities that blockchain provides, developers need an agile, secure platform for development. Here are the five great open-source blockchain platforms that are compatible with the Linux environment.

Hyperledger is more than just an open-source blockchain project - it’s an umbrella project that consists of 12 other projects, the most popular of which is Hyperledger Fabric. The platform has been used to develop different tools and solutions in several industries, such as: 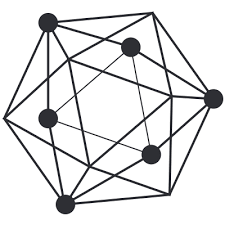 Ethereum has already made a name for itself as the blockchain platform that made smart contracts well-known. Etherium also has a permissioned and open-source enterprise version that allows businesses to create blockchain applications. Several Enterprise Ethereum applications have gone live and are being used across a wide range of industries. For one, Utah County uses Enterprise Ethereum through Titan Seal to send digital marriage licenses and certificates to users. 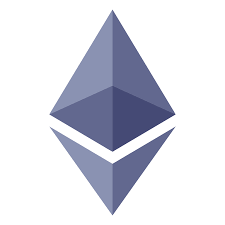 Like its parent platform Ethereum, HydraChain allows developers to create a Permissioned Blockchain - a type of blockchain that requires participating parties to perform specific actions before access is granted. It is developed by Ethereum and Brainbot Technologies, and is fully compatible with Ethereum protocols.

HydraChain is primarily used to deploy smart contracts and decentralized applications using Python. As it is Python-based, its development time is significantly reduced, and debugging is easy. The platform is also highly customizable. Users can easily adjust essential aspects such as gas limits, transaction fees and block time.

HydraChain is available on GitHub.

What sets Corda apart from other platforms is that it does not make transactions available to the public. Corda has the interoperability of the blockchain network, but its privacy policy is stringent. Data can only be seen by authorized entities. Corda mainly targets companies in the financial industry, where privacy and security are top priorities. Prominent organizations that support Corda include U.S. Bank and HSBC.

Smart contracts using the Corda framework require human intervention, although the execution depends on the computer code. As a safety measure against human input, these smart contracts are legally enforceable. Users who act unfairly or do not honor the smart contract within the Corda network are liable for litigation.

To develop on the Corda Platform using Ubuntu, you need a computer running Ubuntu 16.04 or above. 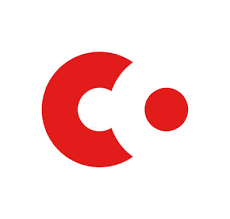 With BigchainDB, users can enforce strict access control by setting permissions at the transaction level. Users can also custom-fit different aspects of BigchainDB, depending on their requirements. But perhaps the signature aspect of the system is that it is designed to host large datasets.

One application of BigChainDB is Resonate, a music streaming service that operates in a cooperative setting. The music streaming platform allows artists to receive payments directly from listeners - getting rid of intermediaries and associated costs.

The five open-source blockchain platforms we’ve introduced here are already used in different applications across several industries. Some developers and entities are attracted to the stringent security features of blockchain, but it is the technology’s decentralized nature that is the true gamechanger.

Alexandre Francois is a serial entrepreneur and tech enthusiast who believes that knowledge about innovations and emerging technologies should be easily understandable and available to everyone. He is also the publishing director of Techslang—a tech awareness resource where cybersecurity and IT are explained in plain English.

How are you contributing to Open Source?