The popularity of web applications is constantly growing as businesses and corporations host several services through them. However, companies and businesses that do have web applications still face the threat of vulnerabilities. A vulnerability is a flaw in your system that hackers may exploit to obtain unauthorized access, run malicious code, install malware, and perhaps steal sensitive information. Remediating these attacks could be near impossible, especially since most small businesses, corporations, and even daily users lack the resources to fix several vulnerabilities at a time.

As Cyber-attacks become a critical risk for every company, the lack of security knowledge and carelessness at the application layer is the root cause of the different types of vulnerabilities that pollutes many web applications today. In general, a vulnerability scanner will scan your environment and compare it to a vulnerability database, or a list of known flaws. However, in order to grasp what vulnerabilities you may be facing, it is best to start with the basics. Throughout this article, we will go through web application vulnerability fundamentals and how they may or may not be affecting your system.

To correctly manage buffer overflow vulnerabilities, you should first understand what they are, the threats they pose to your applications, and the tactics attackers utilize to successfully exploit these flaws. When a program attempts to put more data in a buffer than it can store, or when a program attempts to place data in a memory region past a buffer, a buffer overflow problem occurs. In doing so, this can destroy data & the application, and possibly even trigger the execution of malicious code, allowing cybercriminals to gain unauthorized access to systems and networks. Although buffer overflow concerns are among the most well-known forms of software vulnerabilities, they continue to pose a risk to both companies and small organizations.

According to OWASP, there are two types of Buffer Overflow Attacks: 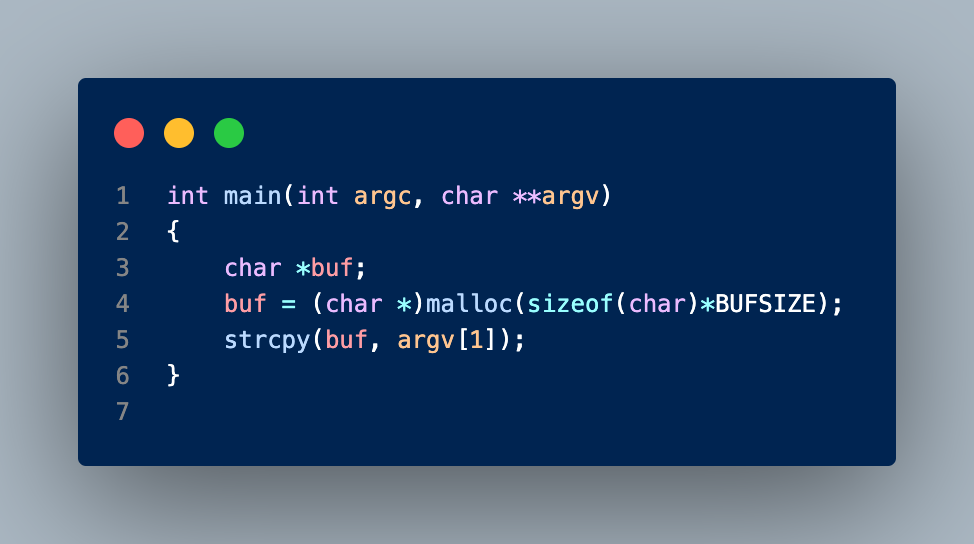 The buffer is allocated heap memory with a fixed size but there is no guarantee the string will not exceed in size hence causing an overflow. 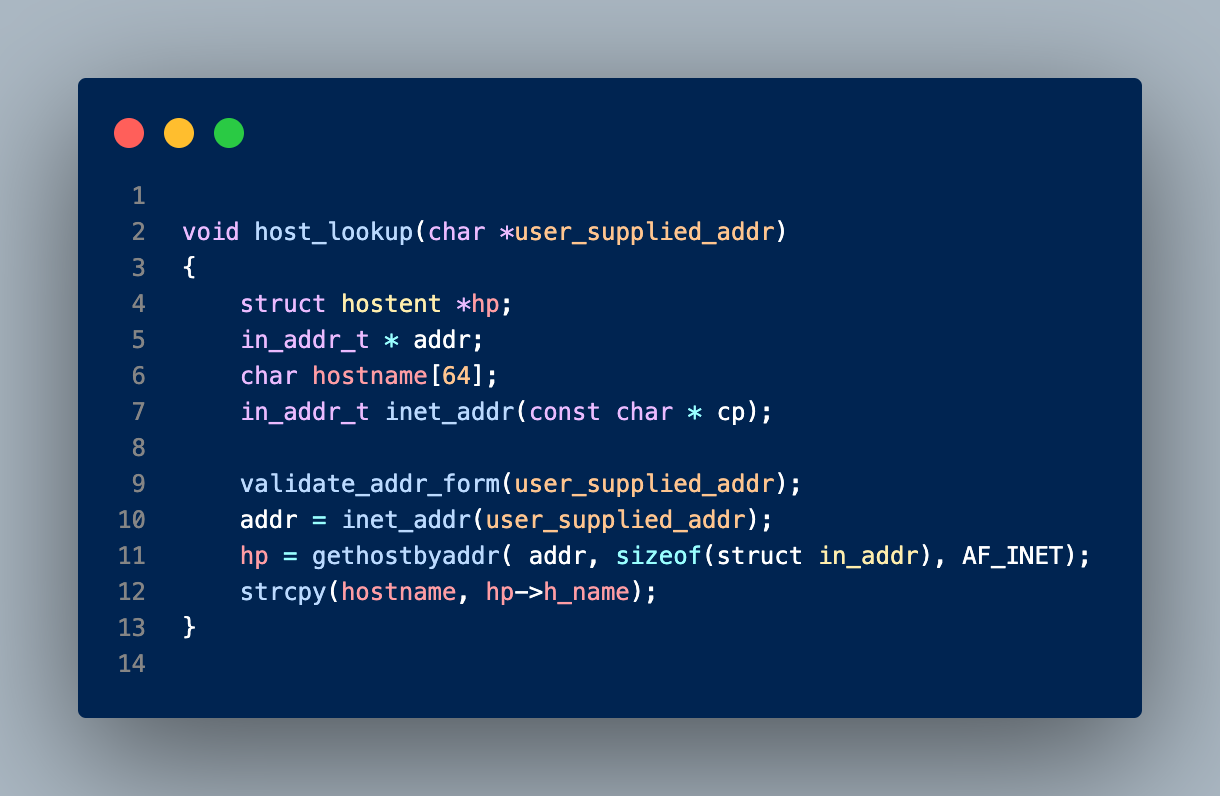 This piece of code allocates a buffer of 64 bytes to store the hostname, however there is no guarantee that the hostname will not be larger than 64 bytes. If an attacker specifies an address that resolves to a very large hostname, then the function may overwrite sensitive data or even relinquish control flow to the attacker.DoS:

A DoS attack, or Denial of Service attack, is an attack meant to shut down a machine or network, making it and its services inaccessible to its intended users. DoS attacks accomplish this by flooding the target with traffic or sending it information that triggers a crash. In both instances, the DoS attack deprives legitimate users, such as employees or account holders, of the service. Thankfully, when it comes to DoS attacks, the remediation process is quicker since they are easier to block and are easier to trace since only a single device is in play.

SQL Injection is a type of injection attack that makes it possible to execute malicious SQL statements that can control a database server behind web applications. Attackers can use SQL Injection vulnerabilities to bypass application security measures. Attackers can interfere with the queries that get sent to the database, such as modifying or deleting data, and moreover, can cause persistent changes to an application's behavior. Scanning for SQLi vulnerabilities is a must to make sure that important information is not accessed and to furthermore, be able to reinforce your server to mitigate SQL injection attacks. There are many different situational SQLi attacks and different things attackers can do such as the examples listed below:

Cross-site scripting targets application users by inserting code, typically a client-side script such as JavaScript, into the output of an online application. The principle of XSS is to change client-side scripts of a web application such that they run in the way that the attacker wishes. XSS enables attackers to run scripts in the victim's browser, allowing them to hijack user sessions or possibly even cause redirects, sending users to malicious sites.  And since XSS allows unauthenticated users to execute code in trusted users' browsers and access certain types of data, an XSS vulnerability also allows attackers to intercept and control data from users. This can lead to an attacker taking control of a site or an application if an administrative or elevated user is targeted. Ultimately, when it comes to XSS, there are two things to remember:

Cross-Site Request Forgery is a well known vulnerability, being in the OWASP Top 10 web app security risks. CSRF is a malicious attack that tricks a user into executing an act they did not plan to do. The attacker then can gain access through the victim's already established browser. Web applications such like email clients, Facebook or Instagram, and online banking applications such as chase, are all targets.

I know you might be asking how can an attacker possibly get you to do something unintentionally?! Well there can be a few prerequisites for that. Firstly, they will somehow have to get you to perform an action, preferably a login or email change. For this example, I will be using a log in. Reason being is that they need an active, logged in session to meet certain requirements. They need the session cookie, no extra, special parameters, and they must have the user logged in. Let’s say a user is logged into his bank account at www.citybank.com. After doing some banking, he does not log out. He has auto-save username and password so he does not have to type it in all the time. After doing so, let's say he visits a site called www.fooddelights4you.com. This site may be potentially be set up for CSRF. There could be a line of could somewhere embedded in the site that targets people who bank at www.citybank.com. This line of code can then redirect the user's browser, login to www.citybank.com, and possibly send money to the attacker's specified account. When you get into the nitty gritty of it, it is pretty crazy to think that it can be that simple but having attackers out there whose sole purpose is money, nothing is out of the question.

Remote code execution (RCE) vulnerabilities allow an attacker to execute arbitrary code from a remote device onto a computer. RCE vulnerabilities can lead to attacks that range from malware execution to an attacker gaining full control over a compromised machine. A Remote Code Execution Attack can lead to a full-scale attack that would compromise an entire web application and the webserver. RCE could also lead to privilege escalation, network pivoting, and establishing persistence.

Why are the basics important?

The basics are important because they are the backbone of well-known attacks and even unknown attacks that may not have happened yet. Moreover, it gives you a better understanding of the threat at hand. There is a saying that says “It is important to know the enemy” and that is exactly what we are doing. You want to be educated on what these vulnerabilities are, how they can be used in attacks, and different scenarios in which an attacker might want to exploit these vulnerabilities to fully be able to fight them and to better prepare yourself for them.

Educating yourself or your team on the basics of common, and uncommon, vulnerabilities is essential to being able to mitigate these attacks that exploit these vulnerabilities. To better understand your risks, it might be helpful to implement daily vulnerability scanning to minimize the amount of security flaws your applications might have. Make sure to read our Complete Guide to Using Wapiti Web Vulnerability Scanner to further get an idea of how a vulnerability scanner can assist you with your security.

Joomla Security in 2022 - Best Practices To Secure Your Website