What You Need to Know when Considering a VPN on Linux | LinuxSecuri... 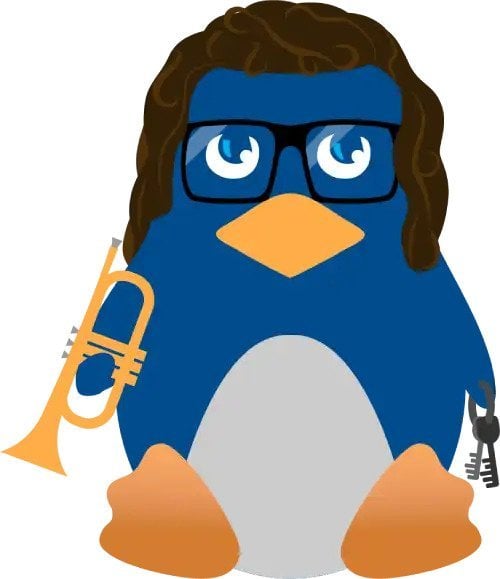 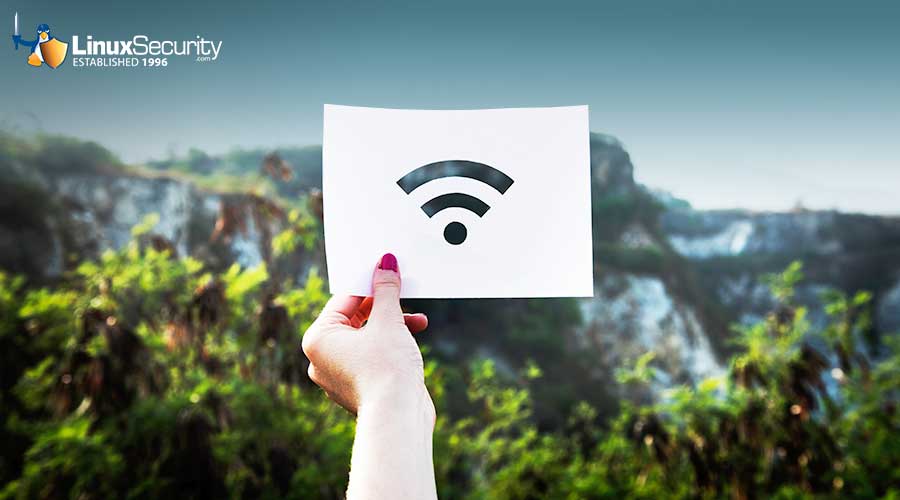 Virtual private networks, or VPNs, have gained popularity, especially among enterprises, since they offer high security without sacrificing convenience. One of the most economical cybersecurity choices available today, they are simple to set up and utilize.

Almost all businesses have a corporate VPN as part of their IT infrastructure. They have developed from daily user use and people wanted to protect their privacy from big corporations. Implementing a VPN is a terrific way to preserve your privacy, overcome restrictions by some governments, and improve security on insecure networks. In this article, we go over why you need a VPN and how to choose the one that is ideal for you.

How Do VPNs Work?

All of your internet traffic is routed through another computer using an efficient VPN, giving the impression that you are using that distant computer to access Internet services. In other words, if you use a VPN to access the Internet, the distant computer or server where traffic is being routed becomes the data source. Even your ISP and other outside parties cannot see the websites you visit or the data you send and receive online when you use a VPN. Your whole data transmission is routed through a virtual tunnel that is encrypted. An efficient VPN connection is also protected from outside threats. In essence, a VPN conceals your IP address by directing the network traffic through a specifically set-up distant server that is operated by a VPN host. 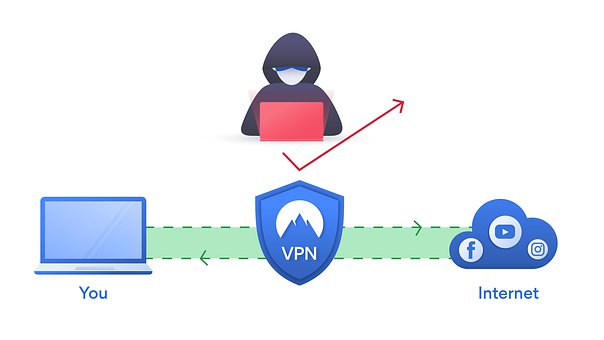 Do VPNs Make You Completely Anonymous?

To say the least, a VPN improves privacy. Privacy is not synonymous with anonymity, and although a VPN can help maintain anonymity, VPNs do not make you entirely anonymous. In desire of privacy, web users turn to products like VPNs, which promise it but it is safe to note that there are many ways one can find you, even with a VPN. With every piece of information you publish online is kept in a database somewhere. Your data has probably been gathered and utilized without your awareness, either for marketing or some other purpose like monitoring. We are all identifiable online, and our right to privacy is always under jeopardy. In reality, there are only a select few people who can possibly ‘find’ you even with a VPN and that is strictly limited to your ISP and Government agencies like the NSA, however, it is still possible. Keeping in mind that when it comes to VPNs, phrases like anonymity, privacy, and security appear to be synonymous, it is safe to say however, that being private does not imply being anonymous. So there are very good chances you can remain private with a VPN, with the idea being that people are still aware you are using the internet, they just cannot see what you are doing. Compared to anonymity which is near impossible to achieve on the internet unless you are a caveman who does not use the internet but if that were the case, you would not be reading this! At the end of the day, anyone with the necessary expertise and tools may determine who you are based on things like your digital footprint , or the trail of pieces of information you leave behind when you use the internet. Sure, using a VPN and encryption makes it more difficult, but the point is that it is not impossible.

Do VPNs Protect against Malware?

It is critical to understand that VPNs do not work as full anti-virus software. A VPN connection, although protecting your IP and encrypting your internet history, does not safeguard your machine from outside infiltration. To do this, you need to utilize anti-virus software such as AVG or Surfshark, as utilizing a VPN alone will not protect you against Trojans, viruses, bots, or even fileless malware. Once the virus has infiltrated your device, it can steal or harm your data regardless of whether you are using a VPN. To achieve optimal protection, you should use a VPN in conjunction with a robust antivirus package. Also, some VPN providers provide extra functions, such as an ad and malware blocker included into contemporary antivirus packages. Although VPNs and antivirus software serve separate objectives, there is some overlap that makes using both products together advantageous.

Do VPNs Hide Your IP? 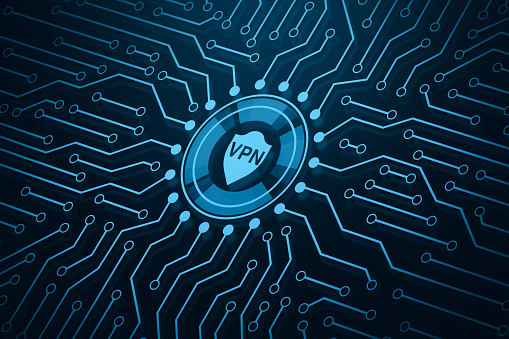 An individual may exchange and receive information on the internet more privately by using a VPN to conceal their IP address, block their location, and erase their browsing history. Your browsing history, cookies, and cached data are leaving digital traces whenever you perform an online search or engage in social media communication. What you search for, browse, and download can be monitored by your ISP, the government, and other third parties. A VPN can provide online privacy and hide your IP address when you download and enable it before surfing. This is done by the use of a VPN server. VPN servers effectively function as your internet proxies. Your exact location cannot be established since the demographic location data is obtained from a server in another nation. Only the remote VPN's IP address will be visible to your ISP, Government Agencies, and other third parties and they are unable to access your location, browser history, or personal data because of this. Furthermore, most VPN servers do not keep logs of your actions so you can feel safe in the thought that your browsing history is not being kept and your IP address is hidden.

When regimes block essential websites, VPNs provide an immediate emergency option. Government censorship often involves instructing local ISPs to ban access to social media or domains that display information that the government does not wish to see. Governments can also filter search engines to exclude particular results. Take for example China, where the government has segregated its internet from the rest of the world in order to prevent residents from accessing restricted, unwanted information. In this case, a VPN may be the perfect solution to circumvent government censorship. It is not 100% fool proof, but it is amongst the few tools that will actually work. VPNs will provide you access to other networks that aren't prohibited, and because your device's IP address isn't being sent to the site you wish to visit, it will be more difficult to trace you. One issue is that some countries intentionally prohibit VPN use or make VPN use illegal. If that is the case, then unfortunately, there is not much you can do. However, there are some VPNs that have managed to remain active, even in some countries where VPNs are blocked.

When it comes to using a VPN, there is always the matter of trustworthiness. Well, that depends on your security needs; in general, you should not trust a third party or their network. Ultimately, once the communication is decrypted at the data center of the VPN service provider, they or any other source on the network can do whatever they want with your data. This is true for any Internet service; if you do not have complete control at both ends, you should probably not trust anyone or anything. However, if you still decide to use a VPN, paid-for VPNs tend to be more trustworthy than free VPN services. The most concerning issue with free services is that they frequently do not offer the same security precautions as paid-for versions, in addition to having issues accessing various libraries on streaming platforms and slowing down your internet connection. With very few exceptions, some of the greatest VPN services are those that you have to pay for. A good rule of thumb is that if a company isn't making money off of you, it's likely that they are making money off of your "private" data. VPN’s such as SurfShark are very trustworthy and we will tell you why.

What is SurfShark? Should You Use It?

With affordable prices and excellent OS compatibility, SurfShark is one of the biggest VPN services in the entire globe. SurfShark offers thousands of servers to select from, lightning-fast connection speeds, top-notch security, and compatibility for numerous VPN protocols. More particular, it is a good option for any OS because it supports the Wireguard VPN protocol. Surfshark is a stable, safe, and trustworthy VPN service since it does not keep track of your data, offers AES-256 encryption, and has RAM-only servers, which means that they cannot retain information for an extended amount of time. Capabilities such as split tunneling and SmartDNS are what makes SurfShark such a great VPN. Additionally, Surfshark is continually releasing new features and upgrades, which only serves to improve the situation. Despite the monthly plan's semi-high cost, Surfshark VPN provides outstanding value. Furthermore, Surfshark VPN allows you to utilize an unlimited number of devices with one subscription, in contrast to the great majority of VPNs.

Do You Need a VPN?

When it comes to the question of whether you NEED a VPN, there is no answer that is set in stone. There are many use cases for a VPN and if yours fits the criteria, then I suggest you get one ASAP! A VPN is especially necessary when browsing online; it's among the quickest and most effective ways to secure oneself. With government agencies, ISPs, and cybercriminals increasingly threatening data privacy, now is an excellent moment to begin utilizing a VPN. If you need a little push, think about what could happen if you don’t use a VPN! To begin with, you are jeopardizing your privacy and security, your internet activity may be watched, and some services may be refused. A VPN improves your digital security by providing an encrypted shield. In the end, users can do as they please and at the end of the day, most users do not use a VPN but here at LinuxSecurity, we strongly encourage you to.

Ultimately, a VPN is an essential and valuable tool in 2022. VPNs are a crucial component of a comprehensive cybersecurity suite in a world riddled with inherently hazardous WiFi networks and data mining corporations vulnerable to breaches. It’s important that you consider the pros and cons of using a VPN on Linux, and understand what it can and cannot do for you before using one. It entirely safeguards your private and personal information and keeps it from falling into the hands of third parties who may use it against you. VPN providers such as SurfShark allow us to roam the internet at ease without us having to worry about our traffic being viewed. So, if at the end of all of this you're wondering, "Should I purchase a VPN?", the answer is clear. For more information on VPNs and how to install SurfShark on Linux, take a look at our Installing SurfShark VPN On Kali Linux: The Authoritative Guide article. We hope you found this article helpful and hope you stick along for future news!