VPN technology has become a critical part of our digital lives, serving a variety of purposes including securing wireless connections, resolving geographical limitations, reaching prohibited websites and protecting the privacy of sensitive data. However, the unfortunate reality is that many of the VPN protocols on the market today are comlex, slow, unstable and insecure. Luckily, the new, innovative Wireguard protocol has demonstrated significant promise in all of these areas - and has earned a place in the mainline Linux kernel as a result. This article will briefly explore VPN protocols and potential concerns when implementing a VPN, and will dive deeper into the unique benefits that Wireguard offers users.

What is a VPN and Why Should I Use One?

VPN (Virtual Private Network) is a method of encryption that aims to protect privacy online and serves to safeguard users  from cyberattacks and other malicious behavior through the use of a layered tunneling protocol. VPNs function as a third party and can be used to access untrusted networks, to remotely communicate to a local area network or to conceal and secure information traveling through an otherwise insecure network.. VPNs can be used to hide your IP address and restrict your ISP or third-party platforms from monitoring your online behavior. Trustworthy VPN providers secure confidential data during connectivity issues and ensure that malicious parties are unable to identify you online  by changing your IP address.

OpenVPN and IPsec are two widely-used VPN protocols with some serious drawbacks that should be considered. OpenVPN is more common than IPsec due to its simple settings; however, complexity is still a significant issue for both protocols. Standard VPN protocols like OpenVPN or IPSec have a mechanism of negotiation that is slow and complicated. This can be attributed to the fact that several settings need to be negotiated by both the server and the client. 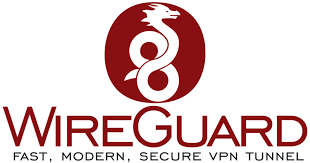 WireGuard, on the other hand, is a new, innovative open-source protocol that eliminates these issues. Wireguard’s use of versioning of cryptography packages enables the VPN protocol to focus on ciphers believed to be among the most secure current methods of encryption. It delivers a VPN that is clearer, faster, more efficient, and easier to use compared to other solutions on the market. Let’s take a closer look at some of the key benefits that Wireguard offers users.

If there is one characteristic that truly sets Wireguard apart from other VPN protocols, it is indeed its simplicity. WireGuard is engineered with convenience-of-implementation and ease-of-use as top priorities. Since it is leaner than OpenVPN in terms of code base, Wireguard is inherently much simpler and more secure. In a simple code base, the attack surface is much smaller and errors and bugs affecting features are generally much less common than in a more complex code base.

Because Wireguard is a revised protocol, the VPN tunnel offers faster installation than its competitors. In other words, updates are published in the form of modified versions, each of which includes a unique requirement for encryption from other versions.

In comparison, OpenVPN will change its encryption algorithm and credentials at the demand of the admin.

Wireguard is the most efficient VPN tunnel on the market, offering unmatched performance and speed. Wireguard utilizes SSSE3, AVX, AVX2, AVX512, and NEON speed upgrades in its protocol for encryption. As it also employs the latest algorithm of ChaCha20 encryption, the VPN operates remarkably fast on almost any piece of equipment. Concerning bandwidth and ping time, Wireguard outclasses its rivals. WireGuard’s ability to deliver substantially improved results and speed is the product of the fact that it operates with a high-speed CPU utilization rate in the kernel.

Through the use of advanced encryption principles and algorithms, WireGuard also refuses outdated tech. In comparison, to protect
the VPN tunnel, most othe
r protocols use stable but old 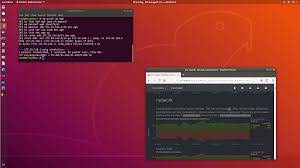 WireGuard employs encryption algorithms that are not supported by any other protocol such as:

WireGuard is an open-source project that is actively being worked on for free, so it is still changing and evolving, and there has been no official stable version published yet.

Certain VPN providers have cited WireGuard 's failure to operate without logging user data, which contradicts the fundamental promise of any VPN provider – not to involve, track, or log user information.

While some providers have continually advised that using Wireguard is unsafe and could lead users to experience security risks in their VPN products, many vendors including Mullvad, IVPN, AzireVPN, Algo VPN and Astrill VPN do use WireGuard protocols.

Wireguard is also included in most current Linux distributions, and can be installed install. Ubuntu users can learn how to set up Wireguard VPN on Ubuntu 18.04 in this Linode tutorial.

With VPN technology becoming an increasingly important part of our online lives, selecting a VPN that uses a simple, efficient and secure tunneling protocol like Wireguard is highly beneficial. Because of its impressive performance and efficiency, Wireguard is run as a Linux kernel module (LKM) and is used by a wide array of VPN providers as a simpler, more secure alternative to OpenVPN and IPsec. We expect to see the use of Wireguard increase over the coming years as the Wireguard project continues to progress toward releasing a stable version of its innovative open-source VPN tunneling protocol.