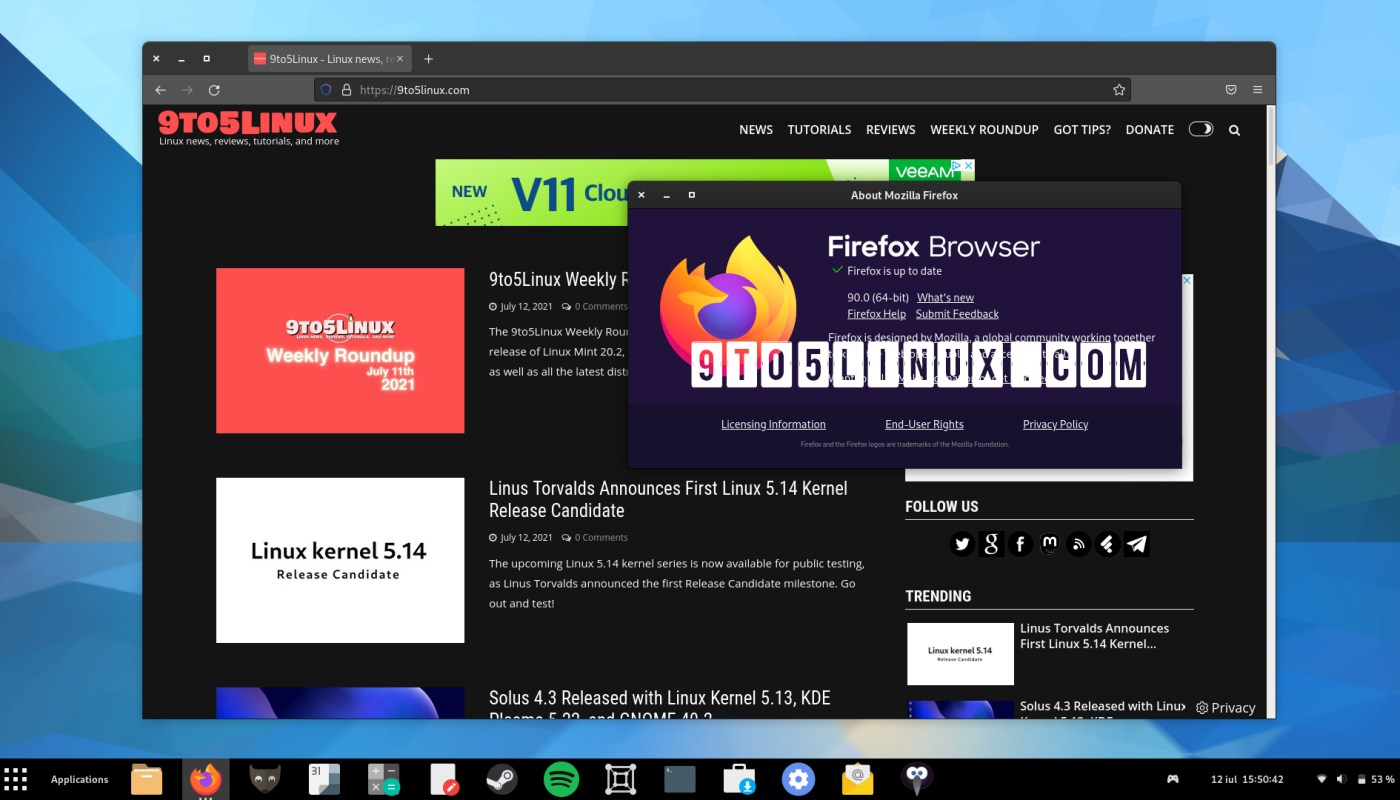 The biggest change in the Mozilla Firefox 90 release is the deprecation of FTP (File Transfer Protocol) support. Firefox follows on the footsteps of Google Chrome/Chromium, and other web browsers, to no longer allow access to ftp:// links.

Mozilla started deprecating FTP support since Firefox 88, but users where able to re-enable the feature by setting the network.ftp.enabled option from false to true in about:config. But starting with the Firefox 90 release, all FTP code is now gone forever and can’t be re-enabled, which means that you’ll have to use a special app to access your FTP sites.