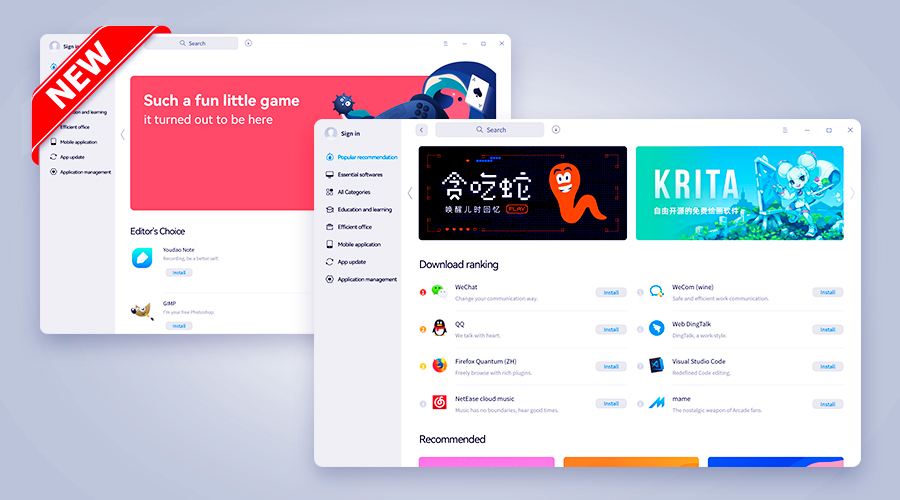 While many don’t trust it, Deepin Linux has its fans, and is well known for being one of the most modern and beautiful looking distros on the market. With this release, fans of Deepin Linux can enjoy a brand-new App Store that supports installation of Android apps, offers a better app management with support for batch installation of applications, and has a fresh new design with simplified interaction.

Starting with this release, Deepin Linux is now more secure thanks to Secure Boot support, which makes the system only boot the signed kernel and OEM-trusted software. According to the developers, Deepin Linux is the first Chinese distribution to have obtained a Secure Boot certificate.