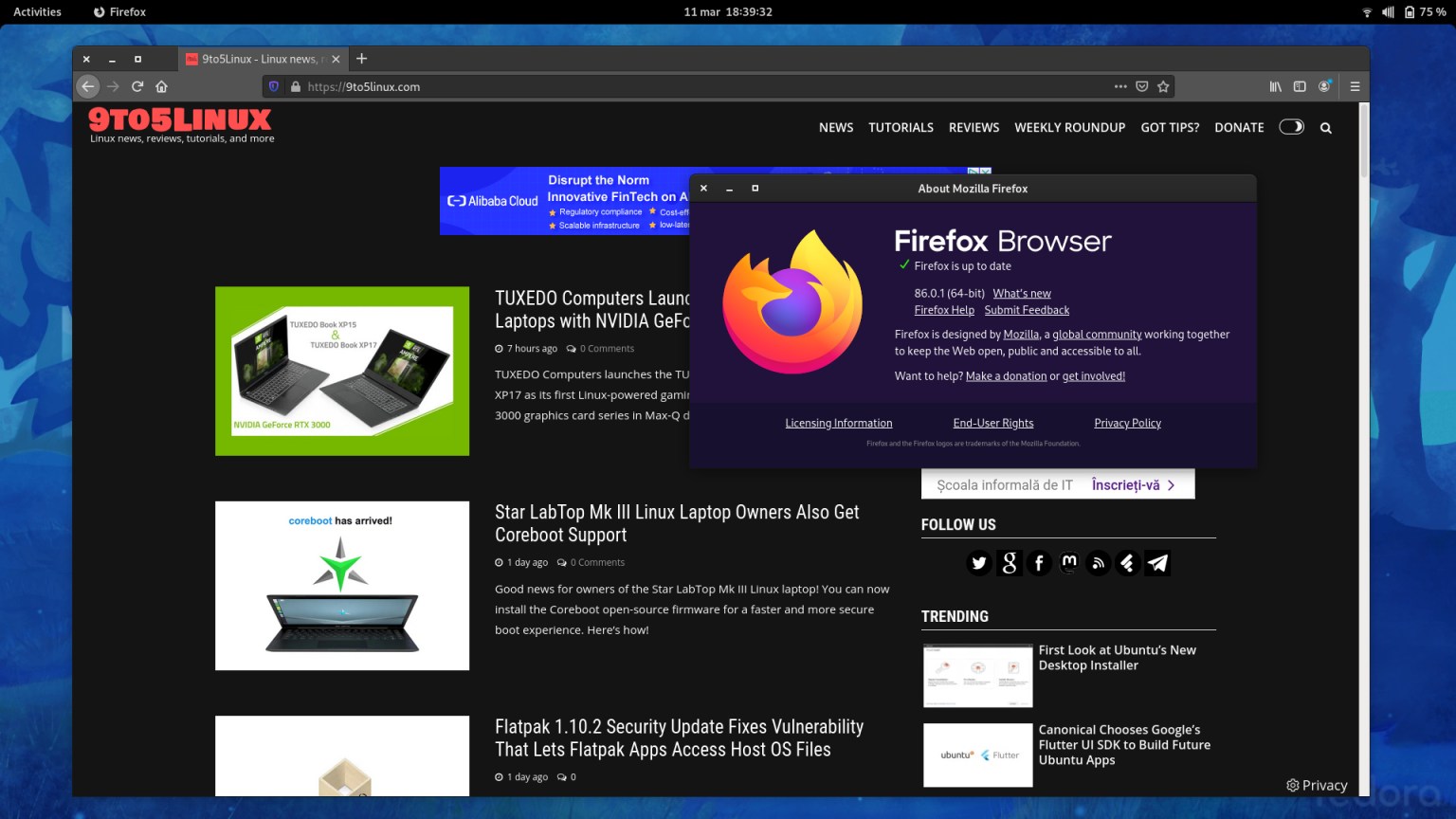 Mozilla has released Firefox 86.0.1 to address various bugs that might affect all supported platforms. This includes a bugfix update remedying a frequent crash on Linux systems that occurred during browser launch.

Released two weeks ago, Firefox 86 introduced multiple Picture-in-Picture (PiP) support by default so you can watch more than one video simultaneously in detachable windows, and new security features to protect users from a so-called “Stack Clash” privilege escalation attacks and against unwanted tracking.

Now, Firefox 86.0.1 is here as a bugfix update that fixes a frequent crash on Linux systems that occurred during browser launch, an issue causing windows to unexpectedly gain or lose focus, as well as an issue causing unexpected behavior with extensions managing tab groups.